New International Version (NIV)
16 For God so loved the world that he gave his one and only Son, that whoever believes in him shall not perish but have eternal life.

Join The Blacks Gone Geek Community http://www.blacksgonegeek.org/Pages/JointheBlacksGoneGeekCommunity.aspx
Posted by Milt Haynes at 5:57 AM No comments:

Blacks Gone Geek is run by a group of IT professionals who donate their time and energy for the greater good of mankind.  At Blacks Gone Geek our mission is clear: We want to promote career advancement for African Americans in IT. The Blacks Gone Geek Communications Team is looking for volunteers.

Benefits to you:
1) Learn to work in a fast paced environment.
2) Develop knowledge management and web content management skills.
3) Add professional experience and accomplishments to your resume.
4) Receive a professional recommendation.
5) Potential to sell services to other Office 365 users.

If you are interested in volunteering for this project, please send a copy of your resume and a link to your LinkedIn profile to milt@blacksgonegeek.org.

Getting Started with Google+ 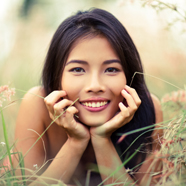 Google+ (pronounced and sometimes written as Google Plus, sometimes abbreviated as G+) is a multilingual social networking and identity service owned and operated by Google Inc. It was launched on June 28, 2011. As of December 2012, it has a total of 500 million registered users of whom 235 million are active on a monthly basis[1]. Unlike other conventional social networks which are generally accessed through a single website, Google has described Google+ as a "social layer" consisting of not just a single site, but rather an overarching "layer" which covers many of its online properties. The most followed person on Google Plus is pop star Britney Spears.

From Wikipedia, the free encyclopedia: http://en.wikipedia.org/wiki/Google%2B

Check out this new article on Blacks Gone Geek!

Getting Started with Google+Harnessing the Power of Online Communications Technology
by PETAL et al.

New ways of sharing, across all of Google.