BDPA Co-Founder, IT Hall of Famer, and Tech Industry Legend

Earl A. Pace, Jr. passes away at 79 By Norman Mays, Kenneth Wilson, and Sharrarne Morton, BDPA

If you are interested in attending the virtual memorial service please register at this link below. Attached is a short bio of our forward-thinking and ahead of his time founder Mr. Earl A.Pace Jr.: 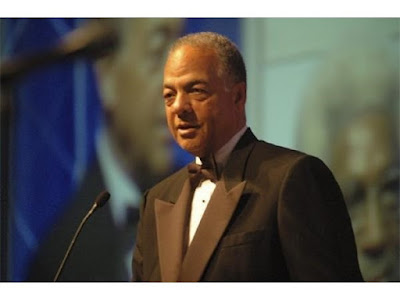 LARGO, MD (BDPA) – Earl A. Pace, Jr.,  a computer programmer trainee at the Pennsylvania Railroad who went on to become an entrepreneur, an iconic figure of civil rights in the tech industry, and a staunch proponent of technology inclusion initiatives, died February 19, 2022, after enduring a long illness his family said in a statement.  He was 79. “All of us will miss his caring, his love, and his sound wisdom as co-founder of Black Data Processing Associates (BDPA). The date and details of a memorial service will be announced shortly. Please keep us in your hearts and prayers.”

A distinguished alum of The Pennsylvania State University (Penn State), Mr. Pace has been in the Information Technology (IT) industry since 1965. He left the Pennsylvania Railroad in 1967. Over the next decade, he rose through the ranks of programmer, programmer analyst, programming manager, and Vice President of a financial telecommunications company in Philadelphia, PA. He became a business owner in 1976 when he incorporated Pace Data Systems, a full-service information technology firm providing services and support through its Philadelphia, PA, and Washington, D.C. offices primarily to banks and savings banks.

In 1975, Mr. Pace co-founded BDPA  in Philadelphia and operated as its president for two years.  In 1978 he coordinated the formation of BDPA into a national organization and functioned as its first National President until 1980. National BDPA has grown into one of the largest professional organizations representing minorities across the IT industry.  In 1992, the BDPA Education and Technology Foundation (BETF or BDPA Foundation) chaired by Mr. Pace, was founded to support the education and technical programs of BDPA. In 2011, Mr. Pace was the first IT-Innovator honored during CompTIA’s annual  IT Hall of Fame induction ceremony. Within BDPA and on a broader industrial scale, Mr. Pace was a vocal advocate for business ownership. His primary message since starting BDPA has always been minorities should strive to rise above just ‘getting a job’ while pursuing ownership, operating their own businesses, and landing a position on a Corporate Board of Directors. About BDPA BDPA, formerly known as Black Data Processing Associates, is an international organization with a diverse membership of professionals and students at all levels in the fields of information technology, computer science, data science, and related science, technology, engineering, and mathematics (STEM) fields. Founded in Philadelphia, PA in 1975, BDPA Members and BDPA Student Members remain actively engaged in serving their respective communities through technology inclusion programs and STEM outreach events while charting the futures of IT and digital inclusivity with Industry.

We continue to expand his dreams to touch all who seek knowledge of digital advancement and to break the digital divide.

Join The Blacks Gone Geek Community
https://www.blacksgonegeek.org/p/join-community.html
Posted by Milt Haynes at 8:55 AM

Email ThisBlogThis!Share to TwitterShare to FacebookShare to Pinterest
Labels: BDPA